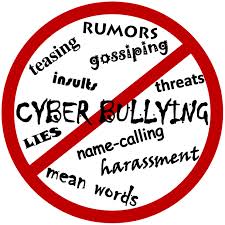 I see this latest attack by Sumith Chaaminda and his group on you as yet another display of their myopic politics. As someone who has been a repeated target of politically motivated cyber-bullying for many years now, I fully sympathize with the unenviable position you have been pushed into. Such politically inflected bullying does not demand that a truth be revealed but that we prove a lie to be a lie. Bullying and hate speech are characteristic arsenal of those who wish to silence others on cyber platforms. They were part of the strategy of the former X group. It was a strategy that we eschewed after the break-up of the group, and it is sad that former X-group members Sumith Chaaminda and Vidarshana Kannangara have chosen to continue such attacks. In my opinion, cyber-bullying has had a deleterious effect on the entire youth oriented political scene in Sri Lanka.

I do not think that it is necessary to dwell on the importance of your work as a public intellectual and as a university academic in the current vapid and tasteless political-intellectual scene in Sri Lanka. This is neither the place nor the occasion for it. The very fact that such attacks take place, I think, is proof enough that you have ventured out of the comfortable cocoons of apolitical intellectual work, and demanded engagement from a younger generation of intellectuals who wish to follow that same path. It is sad to think that open and healthy dialogue has been replaced increasingly by bullying of this sort. Such interventions single-handedly detract attention from the larger issue of the politicization of university education. I hope this article will be seen as the occasion to discuss this larger question of politically motivated cyber-bullying on the part of so-called leftist groups on broad terms, and lead to a recognition that there is much at stake in keeping democratic lines of discussion open to everyone.

I would like to extend my fullest support to any effort on your part to address this problem of needless (and in my opinion baseless) cyber-bullying both on disneylanka.com and on Facebook.

(Prabha Manuratne is a political activist and Lecturer in English.)