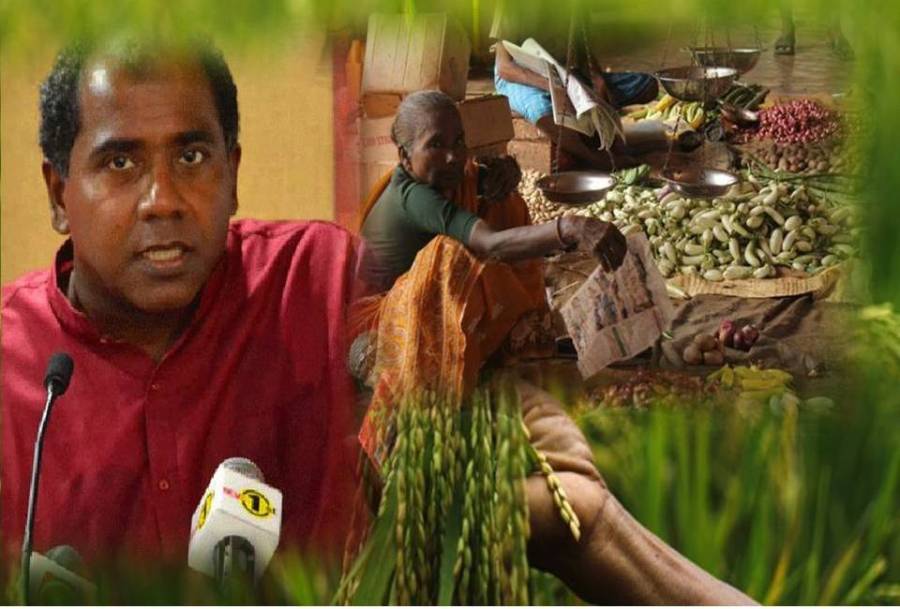 “We need to urgently redirect the economy towards strengthening local production, and reverse the direction of trade and financial liberalization. The Government is finally taking measures to restrict imports. The Government also seems to have realised, even at this late stage, that it is the flight of capital to Western financial centres that has hammered the rupee.”

The falling Sri Lankan Rupee is now at the centre of discussions about the economy. Is this problem due to the US Dollar strengthening along with increasing interest rates in the United States? Is it a consequence of flawed trade policies that have maintained much higher levels of imports relative to exports? Or is it an outcome of opening our economy to the inflow and flight of finance capital? These debates, politically charged and partisan as they are, provide an important opening to evaluate the economic trajectory of the country.

The rupee’s depreciation and related balance of payments problems – characterized by lacking foreign exchange to pay for imports and foreign loans – should not come as a surprise to anyone. Such crises have taken place repeatedly across the world, even in Sri Lanka, following liberalisation of trade and finance. The global proportions and the international consequences of such crises have been the subject of economic discussions for decades, particularly after the Asian Economic Crisis of 1997 and the Global Economic Crisis of 2008. Furthermore, developments in the international financial and goods markets, including the higher cost of capital with the trend of rising US interest rates and declining possibilities for exports with increasing protectionist moves by the US, have been known for years.

Crises bring out some hard truths. Politicians are forced to deal with ground realities, even as their ideologues hide, unwilling to take responsibility for their policy projections. It is refreshing to hear the Government’s short-term analysis of the depreciation of the rupee: That the post-war boom in Sri Lanka was a consequence of capital flowing to the emerging markets after the 2008 global financial crisis. That the current crisis is a result of capital flying back to the metropolitan centres in the West. That it is a direct consequence of opening our markets to unsustainable imports. That the trade wars and sanctions are creating turmoil in the global goods and capital markets leading to the “flight to safety” in the form of the strengthening dollar. And that depreciation of currencies is not unique to Sri Lanka but affecting many other countries, including in the region as with India and other parts of the world as with Argentina.

Given such erudite analysis, why did we not see these problems coming? What steps did Sri Lankan policymakers take to address this eventuality? Why did they not restrict imports and implement mechanisms to slow capital flight? Instead, our neo-liberal ideologues waxed eloquently about trade liberalization and the value of creating an international financial centre. Discussing reductions to imports was taboo and mentioning import substitution was forbidden. While politicians are finally talking about restricting imports, some of their ideologues have gone silent, and others seem to accept the crisis and consequent suffering of people as inevitable, in their bid to push the economy further down the path of liberalisation.

The economic policies since the open economy reforms of 1977 have locked Sri Lanka on the path of liberalization, particularly greater integration with the global capital and goods markets. The idea of a viable industrial policy and of replacing imports with local production have been rejected, as foreign aid for development has pushed for free market policies. Sadly, it was assumed that once the markets were freed, the economy will deliver.
Corruption and insufficient Foreign Direct Investment (FDI) were viewed to be the problems, and, privatization, the solution to both. Ironically, experience from around the world shows that it is the process of privatization, supported by foreign investment that entices high levels of corruption. The recent allegations of the bond scandal with investment of EPF funds and the Rajapaksa regime’s deal with Chinese foreign investment stink of such economic processes that result in rent seeking. As in other parts of the world, FDI has mainly gone into speculative real estate investment in Sri Lanka, making little contribution to export growth, only strengthening the local financial and construction oligarchy, and flying out when prospects turn sour. So again, corruption is not the central problem and FDI will not solve our problems. The main challenge is industrial policy, specifically paucity of state support for production, if not for export, at least for domestic consumption.

The bigger issue is bankruptcy of economic vision. The most ridiculous proposal in recent years was to import 65,000 steel prefabricated houses for a whopping US$ 1 billion. Much time was wasted debating this project in parliament and the media, while housing for the war-affected has been delayed for over three years. That the country would even consider importing US$ 1 billion in unsuitable steel houses, which are more than double the cost of brick and mortar houses that have been locally constructed for generations, is reflective of the economic stupidity that is prevalent among sections of policymakers.

The Government is finally waking up to restrict vehicle imports including luxury vehicles, but this is no time for complacency. It should be noted that Sri Lanka fails to produce a substantial portion of food for domestic consumption. With falling investment in agriculture, in 2017, US$ 1,841 million went towards food and beverage imports, and which seafood imports accounted for US$ 214 million in our island nation possessing an abundance of marine resources (Finance Ministry Annual Report 2017).
Until recently, however, discussing food production to substitute for imports was off limits as neo-liberal economists obsessed about exports, rejected the importance of the agricultural sector, and even called for getting people off the land by creating a market for land. We are now paying the price for the wilful ignorance and ideological arrogance of neo-liberal think tanks and policy wonks. If we prescribed their own medicine of efficient and competitive markets regardless of devastating consequences, they should all be fired for failing to understand the workings and dynamics of markets.

When it comes to economic policy direction, the road to hell is not paved with good intentions, but the coercive financial muscle and ideological arm twisting of global hegemons including the International Monetary Fund (IMF). Even as the Sri Lankan Government was talking about restricting imports and measures to address the exchange rate crisis, the IMF delegation, which left a few days ago, repeated its commands of liberalizing trade, a flexible exchange rate and austerity in the form of fiscal consolidation.

It is budget season and the IMF’s message of fiscal cuts is a cynical twist of the facts about the twin deficits. The problem affecting Sri Lanka is its current account deficit, or simply put, our external account; that is, whether we have enough exports and remittances to pay for imports and foreign loans. The budget deficit is about government finances; that is, whether the government has enough revenues to pay for its expenditure. The IMF and its cheerleaders conveniently overlook the difference between the following: foreign loans by the government that increase the current account deficit; and domestic loans by the government that may increase the budget deficit, but is need to stimulate an economy during times of business downturns and economic crisis. In fact, with the deteriorating economic situation and the rising cost of living, propelled by the falling rupee, the Government must restrict imports and invest more in the local economy towards providing stimulus and relief from the crisis. But the IMF, similar to its devastating policy prescriptions for Greece, is calling for the opposite: to further liberalize trade and restrict local investment by the Government.

The international donor establishment including the IMF, World Bank and Asian Development Bank (ADB), alongside local think tanks supported by neo-liberal donor agencies, have a reason for their twisted logic.

They could care less about the economic suffering of the people, and, in fact, would use the economically-weak position of the Government to advocate for further shrinking the state by cutting state services, privatization and greater integration with the global markets, all so that the country could be further exploited by global finance capital.

Neo-liberal globalization since the 1980s was never a natural or inevitable process. Rather it was a conscious ideological project backed with tremendous global political and economic power, whereby institutions like the IMF and World Bank pried open markets in developing economies towards the flow of goods and finance capital. They used the most vulnerable economic and political situations in Third World countries to pressurise and leverage them with their programs of “structural adjustment”, which were loans and finances in return for neo-liberal economic structural changes. That project is far from over and Sri Lanka’s current vulnerable moment will also be seen as an opportunity to further the agenda of free markets and privatization.

We need to urgently redirect the economy towards strengthening local production, and reverse the direction of trade and financial liberalization. The Government is finally taking measures to restrict imports. The Government also seems to have realised, even at this late stage, that it is the flight of capital to Western financial centres that has hammered the rupee.

The Government must think of the longer term and dump its trade liberalization agenda. The ADB and the World Bank have provided over US$ 300 million in loans to build the international financial centre, expand the capital markets and integrate Sri Lanka deeper into the global capital markets. Sometimes it is important for a government to say no thanks to the donors, and save everyone the trouble of a deeper economic crisis in the future.

There has been some work on restricting speculation and fluctuations in the global currency markets by placing a larger tax on currency transactions, known as the Tobin tax. Similar taxes on capital inflows and flights, a much larger capital gains tax, and greater restrictions on imports through tariffs, are all needed in these times of crises. But first, those who repeat the mantra of free markets should shut up!